This is an essay written by yours truly back in 2007. I’m sure it was for one of my college Philosophy courses at the University of Miami.

To Be Free, Or “Forced To Be Free”

Jean Jacques Rousseau, the “father” of the French Revolution, had some interesting ideas about the role of liberty in government and in people’s lives.  The inconsistencies within his life, which carried over into his theories, may have been perplexing, but his proposition that individuals can be “forced to be free” was nonetheless a valid statement for the compatibility of these otherwise contradictory terms.  His idea of the role of government was unique compared to the other contract theorists, and his argument for the “General Will” was compelling.  Though theorists such as John Locke and John Stuart Mill may not agree with the idea of force and freedom being complements, Rousseau set up an argument for their congruity that is significant and hard to disregard.

Rousseau believed that human beings are innately loving and cooperative. He saw people as caring and affectionate, and it was only unnatural social desires that created conflict and turned them into creatures of envy and malice. Private property, not human nature, was the main reason that people lost their own personal liberty.  The large inequalities that arise from the acquisition, or lack thereof, of property causes social strife and turns otherwise benevolent beings into civilized monsters suffocated by their burning desire to acquire more property and other evils of civil society.  Competition between individuals causes them to fight for anything that can bring them to a higher level than their neighbor. Even reason, Rousseau argues, is subject to perversion with the manifestation of inequalities. Learning and philosophy are used as tools to gain superiority within society, instead of being simply appreciated as modes of pure knowledge and intelligence.  It was only primitive people that were as free as everyone else. The lack of private property and inequalities associated with society allowed for the complete liberty of each individual.

Because Rousseau saw that everyone around him was “in chains” due to the lack of freedom associated with society manufactured “human nature,” he proposed that the social contract require each individual to give up his natural rights to every other individual. He wanted to make sure that the sovereignty remained within the whole community; each person, as a citizen, has a part of the sovereign authority. Because each individual has a part in the sovereign authority, and is responsible for the legislative duty of creating laws, by obeying the laws, he is obeying the rules that he himself had a part in creating.  This idea of each individual sharing legislative duties, and in turn being part of the sovereign authority, is referred to as the “General Will.” The law of the land, in Rousseau’s eyes, belongs to the assembly of citizens that make up the general will. Whatever the general will decides is in the best public interest of the community, becomes what is morally right and an appropriate rule for society. If an individual in that society does not obey the general will, he will be compelled to comply by the rest of the society. This is what Rousseau refers to as being “forced to be free.” Only those members of the society that refuse to obey the general will are the ones that will be forced into compliance, which is just being forced into doing what they naturally want to do anyway. Because Rousseau sees human beings as naturally good creatures, he believes that in their natural state, they have empathy for their fellow creatures, and they would not freely disobey rules set in place by others. True freedom exists in the hands of a general assembly made up of citizens. This assembly can force someone into compliance with the rules that they already want to obey, therefore, making them free by way of coercion. Thus, force and freedom are compatible when the force simply brings one back to what he originally wants to do as a free individual.

Rousseau set up a good argument for force and freedom being complements, however, this is not how we intuitively see these ideas.  Force is a term we associate with totalitarianism and the opposite of what we normally see as being free. When one is forced to do something, it is an action against his will and out of his control.  Freedom has more of a positive connotation. When someone is free, he is not under the force of someone else or something else. Freedom implies toleration and acceptance, the ideal for any freethinking, independent individual. The idea that someone may be forced into doing what he freely chooses anyway is a counterintuitive idea, but it makes sense in a situation when these terms can be used consistently together, as in the one proposed by Rousseau.  The only condition where someone can be “forced to be free,” is one where his original freedom was taken away somehow. This is what happened to the primitive man, according to Rousseau.  Man before the constraints of government and private property had all the same freedoms as the next man. However, when society came into the picture, man became confused about what it was that he freely desired. Because Rousseau believed that man freely desires to be loving and cooperative, it is only within society that he is not what he freely desires to be. It is the job of government, through the general will, to morally coerce man back into his original desires. In other words, the only way man can be free again is when freedom and force are mutually consistent and work together to bring man back to his natural, good intentions.

Other theorists, such as John Locke and John Stuart Mill, would disagree with Rousseau’s idea of the compatibility of freedom and force.  John Locke advocated an extremely limited government. He believed that private property was not only a good thing; it was a natural right that the government could not touch, along with life and liberty. The government should protect property, and the unlimited accumulation of it.   Locke supported negative rights that shield individuals from others as well as the government. His theory depended heavily on consent, and making sure that people consented to the governmental structure, as well as consented with each other to form that structure. He did not want to see the government touching anyone’s natural rights, and he believed firmly that the government could only legislate through consent if there are disputes in any area.  Locke’s theory had the government somewhat working for the people. In no way could the government successfully force individuals to do something that would go against their natural rights. Human beings are rational, according to Locke, and they would not consent to any form of government that would force their natural rights to be taken away. Therefore, Locke would surely see the ideas of force and freedom as antinomies.  Being the rational creatures that humans are, Locke could not see individuals consenting to a governmental structure that would force them into any situation that they did not freely agree to, regardless of what the circumstances of primitive man may have been like. Locke was not an advocate of positive rights, or the government having a strong helping role, or presence, in the lives of its citizens. His ideal government was a limited one, and one far removed from the help of positive laws and moral coercion.

John Stuart Mill is another theorist who would not see force and freedom as compliments to each other. Mill believed that there is something inherently oppressive about authority. Therefore, he only advocated intervention of the state into a rational and competent individual’s affairs if it is vital to saving a person’s life. The state can provide information, but take no action unless someone is harming another. It is only justified in coming in to stop people from harming one another. He was not a great proponent of positive rights and the state having a big role in people’s lives.  He would strongly disagree with Rousseau given that Mill saw constraint, which could be a type of force, as evil.  Rousseau’s force of the general will seemingly is a type of paternalism. The idea that an assembly of your peers can intervene when you go against them, and steer you in the right direction or force you to obey a rule, is very much like they are deciding what is best for you and exercising authority. Mill vehemently opposed paternalism and stated that it is the enemy of liberty; it is never legitimate.

So should we as citizens of the state be free or forced to be free? The answer to this is widely disagreed upon by the above-mentioned theorists. The ideas of freedom and the role of government in the lives of individuals are still debated in great lengths by politicians and theorists today.  Perhaps the answer lies in a perfect combination of force and freedom, however, then a debate arises over what the perfect combination entails.  No matter how one sees the issue of the role of government in liberty and force, the ideas proposed by these political theorists remain strong champions of their views, and should be studied thoroughly as a way to understanding the individual and role of authority in the state. 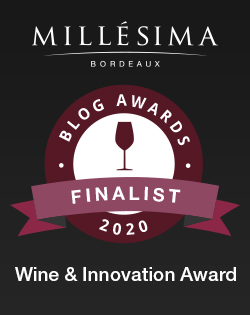